Round of applause for Year 10 student Coco Gillies who has won a starring role in the upcoming independent feature film Ruby’s Choice directed by Michael Budd.

Coco will play 16 year old Tash who is forced to share a bedroom with her grandmother who has dementia.

“When I found out I secured the role I jumped with joy. I met the director Michael Budd two years ago and we just clicked. I was so honoured to have been offered the job without an audition process”, said Coco.

In this story of love, compassion and family bonds, the two will become closer as Tash learns of some family secrets and discovers the humanity of dementia.

Coco said she is so excited to be going back into set life especially on such a special project. “I’m so pleased to be working on a film with a beautiful meaning. Ruby’s Choice will be an advocating film for Dementia, which is an issue I’m passionate about.”

The stellar role will give Coco the opportunity to work alongside industry professionals such as Jane Seymour, Julian Dennison, Rhys Darby and Holly Brisley. 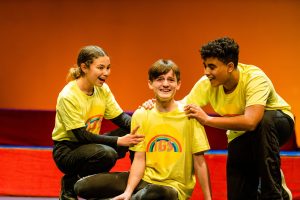 Coco, pictured left (above) and right (below), has played an active role in Theatresports and Shakespeare drama festivals while at IGS. 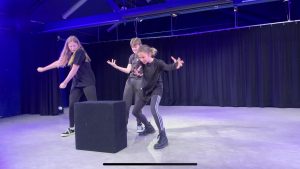 We look forward to seeing the film!