Former IGS student and award winning filmmaker, Naysan Baghai made a special visit to IGS this week to speak with Primary Students about following their passions.

Naysan, who graduated from IGS in 2015, spends his days swimming with sharks and other marine life.

He said his passion for the ocean began at IGS when he was in Year 2 and again in Year 6 during the Independent Research Task (IRT) undertaken by all IGS Year 6 students.

Students were captivated during the assembly as Naysan shared stories of his 103rd scuba dive, his adventures to the Galapagos Islands and South Australia.

“Every lunch break we would go into the library; we were encouraged to go in and read as many books as we could,” he said.

“The topic that interested me was oceans and marine life, particularly sharks and whales.

“I would often devour these books with the same hunger that these animals would devour their prey in real life.” 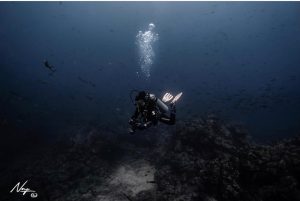 “The thing that interested me was the behind the scenes documentaries that showed these intrepid photographers and film crew going to all these amazing locations around the world to get the images that we were seeing in the episodes,” he said.

“There was one particular episode where they travelled to a remote island in the Pacific Ocean called the Galapagos Islands to film a school of hammerhead sharks, and I very clearly remember when I was in Year 2, saying out loud, “I want to do that in some way or another when I’m a grown up”. 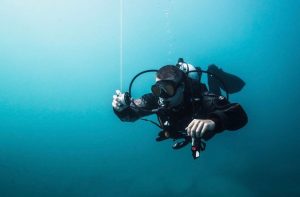 13 years later he travelled to the Galapagos Islands to film Hammerhead sharks himself.

In Year 2, after seeing Blue Planet, Naysan borrowed his dad’s camera and filmed everything and anything he could, from School carnivals to Lego.

But the thing that really changed his life was the Year 6 IRT project.

“They wanted us to do an IRT on something that really interested us enough and that we really cared about,” he said 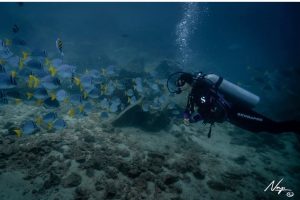 “For me, it was easy because the ocean was something that I really cared about.”

It led to his obsession with film making.

Throughout his school years he submitted work into festivals and after graduating, attended the Australian National Film School.

“Throughout the whole journey it felt like something was missing, a piece of the puzzle was not there yet,” Naysan said.

“The missing piece was the underwater cinematography from Year 2. Fortunately, fate was knocking right around the corner.” 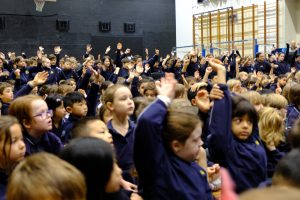 It wasn’t long before he was diving into a cave with about 30 grey nurse sharks or going down to a 40m shipwreck in the waters of the Central Coast or even swimming in Sydney Harbour.

“If there’s one message I want to leave with you, it’s identifying what you’re interested in at a very early age. Chase that passion with all the energy you have in the world.”

Students were intrigued by his stories and had many questions to ask, including the temperature of the water in Sydney Harbour and when was the first time he scuba dived.