Greta, whose work Mute is pictured above, said she was “very, very excited” her work had been nominated for the NESA showcase.

She described her work as an expression of the hard work students put into their high school education.

“It celebrates and draws attention to the energy and effort it takes to do your best for the HSC,” Greta said.

Isabella Pinson’s artwork, Working Hands, showcased “a fleeting moment” in her parents’ lives and was designed to give them credit for working to give her an education.

“My father is shown cooking in the restaurant, and my mother is shown holding a book,” she said. “She is a writer and an academic.” 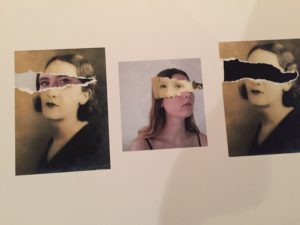 Harry McTavish said he found the HSC level Visual Arts course captivating and satisfying, as it involved discovery and deep exploration of artists and movements, as well as the creation of his work, Father, Uncle and Son.

Phoebe Horgan said she was thrilled that her work, Das Nichts, was nominated.

“It is an honour,” Phoebe said. “I want to do interior architecture next year. To think I am actually good at it is incredible.”

“It is a piece that investigates and deconstructs the layers of memory and sentimental value embedded in family photos,” Belle said. 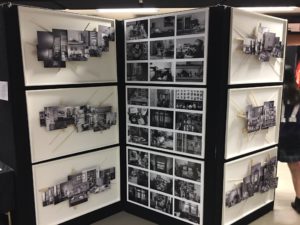