A spectacular display of Chinese language and culture

Perri Fearnley of Year 9 described the event as “a fully immersive experience”.

“It was amazing to see students of all ages coming together through the celebration of not just a language, but a culture.

“We sang songs that had been passed down through generations, and it was great to understand their traditions and values through some of the oldest forms of story-telling, music.

“Watching the old and the young dance, sing, speak and perform about a single culture really made the whole event so much more special, and I definitely wouldn’t pass down an opportunity to go to it again.”

A group of IGS students performed a drama skit, which they had written to showcase their knowledge of the Chinese language.

Ben Briganti of Year 11 was one of the students who performed in the skit, explaining it was “a dialogue between a Chinese teacher and his students, sharing the humorous mistakes commonly made by students, which were all taken from real-life speaking exams.”

“I find that learning a language on its own is only half of the story, and you really need to understand the culture as well.”

“The Chinese Spectacular was a great opportunity for us to do that as we saw a wide mix of traditional performances, as well as more modern pop culture ones.” 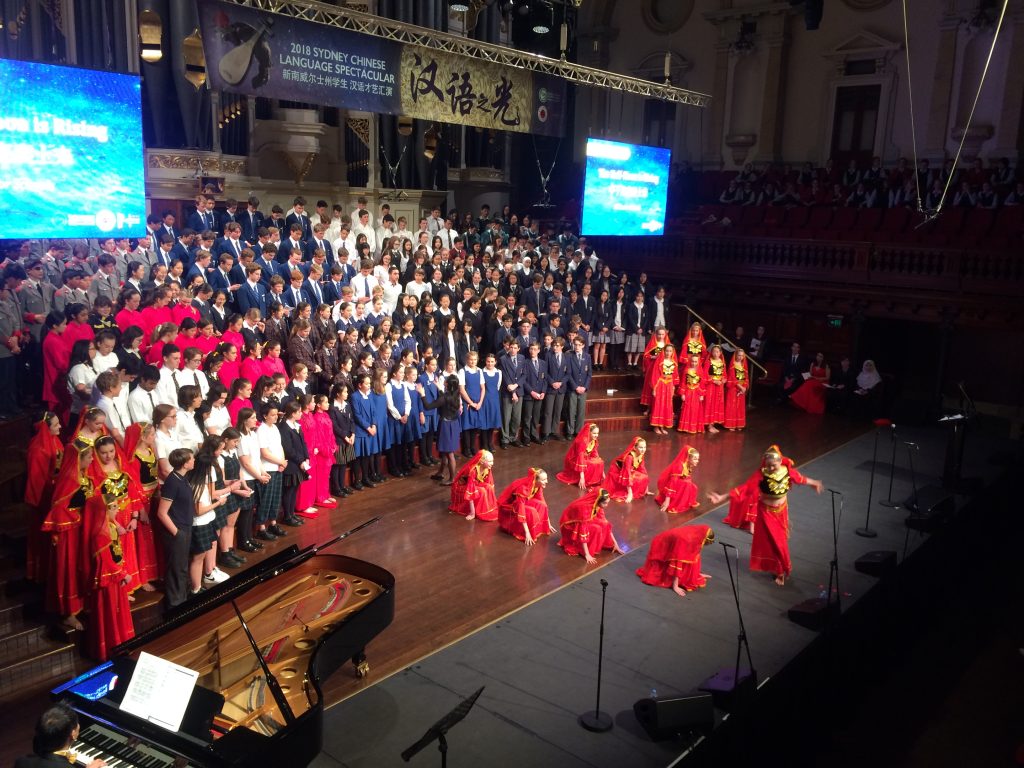 “It was the day of the Chinese Moon Festival, so most of the performances were in the theme of the moon,” said Year 10 student Mia Thorburn.

At IGS, all students study a third language in Years 7 and 8, which may be continued as an elective subject from Year 9. The third language program currently includes Spanish and Chinese (Mandarin).

In 2017, IGS introduced Chinese into the Preschool, which will soon be carried into the Primary School, and in time allow all students at IGS to learn Chinese at any age and level.