A helping hand for asylum seekers

IGS Parents, Teachers and Friends (PTF) member Adeline Truong hopes that by giving to others, she will encourage her children to be aware of the needs of others.

The IGS PTF have collected various non-perishable food, toiletries and nappies for the Asylum Seekers Centre in Newtown as part of their Rue Kelly secondhand sale.

The Rue Kelly sale has been supporting local organisations for many years and usually takes place twice a term on a Friday morning.

Adeline, who looks after PTF community service initiatives, said the motivation behind the donation drive was to provide a positive role model for the students, as well as help the individuals who benefit from the Asylum Seekers Centre. 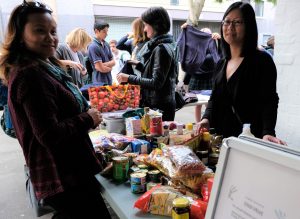 “Some people don’t even know the centre exists,” Adeline said. “It’s all about awareness, so that we can help, but also modelling to our kids, so that it becomes a part of them as well.

“The whole idea is just to look out for people.” 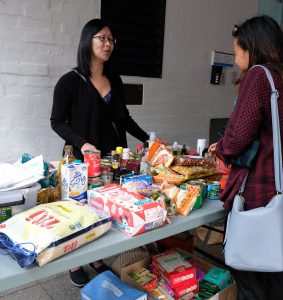 Adeline said the Asylum Seekers Centre in Newtown is “right in our backyard” and that they give all donations to the refugees for free.

She said they are expecting to continue their support of the Asylum Seekers Centre throughout the year.

All smiles at ASSISA netball