On the eve of their summer holidays, IGS High School students enjoyed the debut performance of a new band, received multiple awards, and were reminded of all the beauty in the world.

“We need to remember how good a place we are in and how beautiful a world it is,” Acting Deputy Principal Students and Campus Life Paul Galea told students.

He described the “sheer joy” of the students at the recent Primary School colour run, said 99.9 per cent of people are doing their best and doing the right thing, and spoke of the many compliments he received about IGS students while on Tasmania’s Three Capes Track with Year 10 SAGE students recently. Others on the track described our students as “polite, friendly and poetic”. 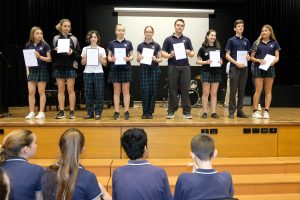 Students of all ages received multiple awards at the assembly.

Certificates for Service and Principal’s Outstanding Effort Awards for Term 4 were also awarded. 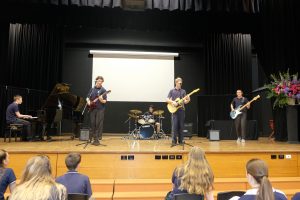